Time limit (for a specific app)

In this list you can see all apps installed on the Android device. On a Windows PC, only the most common and used apps are displayed here for performance reasons. An app from a Windows PC is added to this list as soon as it is started for the first time. With Windows, you can enter an *.exe name yourself at any time via the Add button and select an appropriate limit / access type. Above the list you will find the setting "Add new installed apps to". Here you specify what should happen to newly installed apps and programs. You can allow them by default, block them or assign them to a group (with a time limit).

Apps and programs are all grouped in the "Allowed" section after installation. This means that this particular app has no time restrictions. However, please remember that an overall device limit (Web Portal -> Device Limit) has priority over the app limits. If the device time limit has expired, this will also override the allowed apps.

Always Plus means that the app can even be accessed when the device time limit has been reached. If a device timeout is active, the lock screen is displayed on the mobile device. There the child can select "Allowed Apps" to select an app that you have defined here and which is always allowed despite the device time limit. 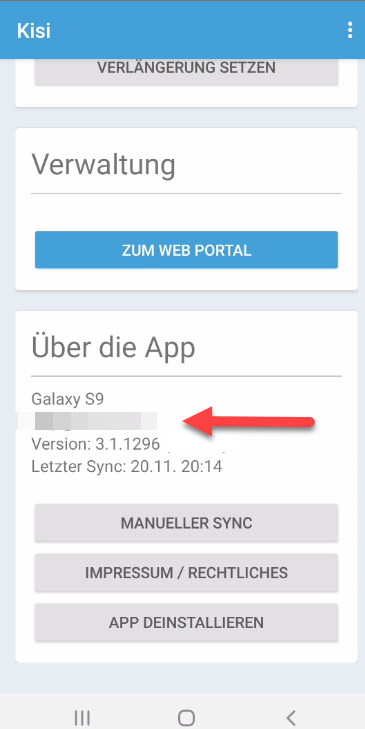 The option Always Allowed and stop timer counting is interesting if this app should be allowed and should not affect the overall limit. If this option is selected, the time for the app will be counted (you may want to know how long this app has been running), but the total counter (relevant for device limit) will be stopped. This setting is (besides the bonus option) ideal for all explicitly desired apps, e.g. vocabulary trainers or educational apps.

In some cases, you may still want to restrict an app that is always allowed. For example, a learning app could always be allowed via the access level Allowed PLUS, but the device should still not be used after 8 pm. In this case, there is an individual blocking time also for Allowed PLUS entries. Activate the corresponding and set the desired blocked time for this Allowed PLUS entry. See the following screenshot.

Here you can define programs and apps that are not allowed to be executed by the selected user. If such an app or program is started, it will be closed immediately on Windows. On Android, the lock screen is displayed over the called app. In both cases it is possible to send a new unlock request for this app.

Time limit (for a specific app)

Similar to the Web Filter Time Limit, you can assign a specific day/week/month limit to an app here. Please always enter time limits in the format hh:mm (hours:minutes) or use the arrows for the settings. You can also enter blocked times (lockout periods) here, during which the use of the respective app should not be allowed. Please click on the respective box in the table below to allow (green) or prohibit (red) the use of the app. Example of a single app time limit: 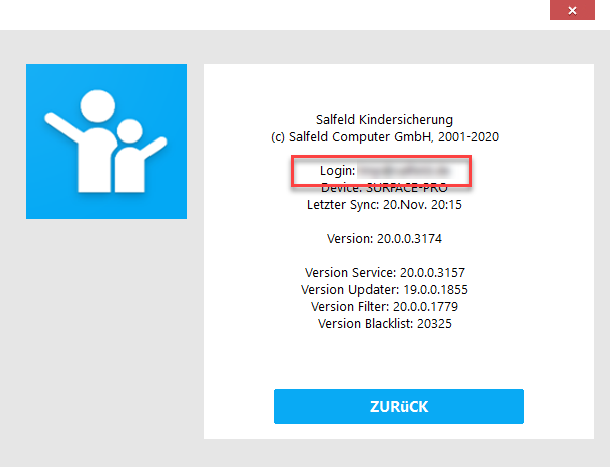 Blocked times can be specified in 15-minute intervals. To do this, press the right mouse button in the respective box and select the appropriate time.

Groups are a summary of several apps or programs. The advantage of grouping is that e.g. all games can be combined in one group. The group times will always increase if any game/application of this group is running. If several apps of the same group are running, the time is still counted only "once". If the limit is reached, it is no longer possible to start all entries of the group. If you want to merge several apps into one group, select the corresponding apps and click the "Edit" button. Select a group in the following window: 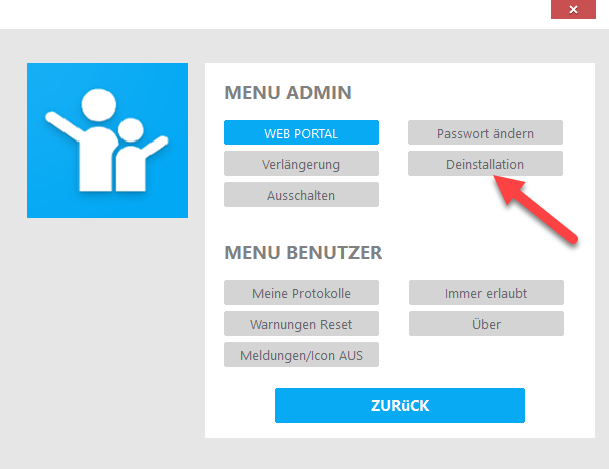 On Windows systems, in addition to five groups that you can manage yourself, there are a few more groups. By default, the System group and the Win10 Apps group manage Windows internal programs as well as the Windows UWP apps. If you want to set a limit for a program/app of this group, you have to choose another access type for this app.

With the Bonus option you go one step further than the always allowed applications: The app time is counted in the bonus, but the total device time is paused while the app is running. In addition, after the app has been used for a specified amount of time, a time voucher is issued to the child. You can set both values yourself. The time voucher is generated in the form of a Bonus-TAN. See section TANs for more information about TAN time vouchers. 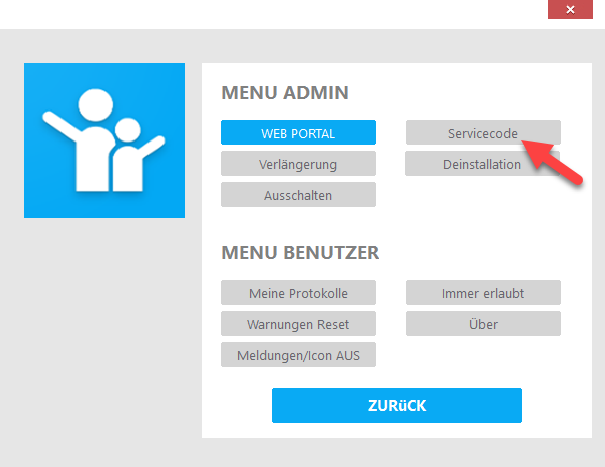 You (or the child) can recognize a running Bonus App on the mobile device by the green notification bar. If this app is then used for the period of time you have specified, a Bonus TAN will be generated automatically with the bonus time (you have specified). The child can then access and redeem the Bonus TANs directly on the device.  In combination with a short device total limit, the Bonus Apps can easily cover a "first learn - then play" scenario. The child must first "earn" the regular play time for other apps by using desired learning apps.

A currently running Bonus App is indicated on Android by a green status bar, on Windows by a green "Bonus" sign. In the following you will find two screenshots for clarification:

If the green bonus bar disturbs on Android, you can deactivate it under Web Portal -> Settings -> Options -> Do not show bonus bar.